Precautions for the selection of conventional valves

(1) Requirements for the use of valves

(2) Consider from the perspective of process requirements

① For corrosive media, if the temperature and pressure are not high, non-metallic valves should be used as much as possible; if the temperature and pressure are high, lining valves should be used to save precious metals. When choosing non-metal valves, economic rationality should still be considered;
For a medium with a higher viscosity, if a smaller flow resistance is required, a direct-flow stop valve, gate valve, valve, plug valve and other valves with a small flow resistance should be used. Valves with small flow resistance and low energy consumption; when the medium is a special medium such as oxygen or ammonia, the corresponding special valve for oxygen or ammonia should be selected.
② Directional valves should not be used for dual-flow pipelines, but non-directional valves should be used. For example, after the heavy oil pipeline of an oil refinery stops running, the pipeline must be purged with steam in the reverse direction to prevent the heavy oil from solidifying and blocking the pipeline. It is not appropriate to use a stop valve here, because the sealing surface of the stop valve is easily eroded when the medium flows in the reverse direction. It also affects the efficiency of the valve, and it is better to use a gate valve.
③For some media with crystallization or deposits, stop valves and gate valves should not be used, because their sealing surfaces are easily worn by crystals or deposits. Therefore, it is more appropriate to use a ball valve or a plug valve; a flat gate valve is optional, but a jacket valve is best.
④In the selection of gate valve, the single gate with exposed rod is more suitable for corrosive media than the double gate with dark rod; the single gate is suitable for medium with high viscosity; the adaptability of double wedge gate to high temperature and deformation of sealing surface It is better than a wedge-type single gate, and will not cause jamming due to temperature changes, especially compared to
Rigid single gate is more superior.
⑤The valves on general water and steam pipes can be cast iron valves. However, if the steam is stopped in the outdoor steam pipes, the condensate will freeze and the valves will be damaged by freezing. Therefore, in cold areas, the valve should be made of cast steel, low-temperature steel, or effective heat preservation measures.
⑥For highly dangerous and highly toxic media or other harmful media, valves with bellows structure should be used to prevent the media from leaking from the packing.
⑦Gate valves, globe valves and ball valves are the most used valves among the valves, and comprehensive consideration should be given to them when selecting them. The gate valve has strong flow capacity and low energy consumption for the conveying medium, but has a large installation space. The shut-off valve has a simple structure and is easy to maintain, but has a large flow resistance. The ball valve has the characteristics of low flow resistance and fast opening and closing, but the use temperature is limited. For petroleum products and other media with relatively high viscosity, considering the strong flow capacity of gate valves, gate valves are mostly used. In water and steam pipelines, stop valves are used, and the pressure drop is not large. Therefore, stop valves are used in water, steam and other medium pipelines. There are many applications, and ball valves can be used under the conditions permitting.

(3) From the perspective of easy operation

(4) Considering the accuracy of regulating flow

In the production and transportation of food and biological engineering, the requirements for valves on the process pipeline need to consider the cleanliness of the medium, and general gate valves and globe valves cannot be guaranteed. In terms of cleanability, no valve can be compared with a diaphragm valve.
①Diaphragm valve has a simple structure, with various valve bodies and diaphragm materials, which can be widely used in the fields of food and biological engineering, and also suitable for some difficult and dangerous media.
a. Only the valve body and diaphragm are in contact with the flow, and all other parts are isolated. The valve can be thoroughly sterilized with steam.
b. Possess its own detergency capability.
c. It can be repaired online. Therefore, the diaphragm valve has become the most widely used valve in the food and biological C. engineering fields.
②Bottom valve.
In the case of strict sterilization requirements, the discharge valve at the bottom of the storage tank has almost no choice. The bottom valve is directly welded to the bottom head of the storage tank during equipment manufacturing. It is very different from the usual method of making a nozzle at the bottom of the tank and then connecting the valve to the nozzle. When the valve is closed, the valve core It is level with the inner bottom of the storage tank, so it effectively eliminates the dead corners in the tank, so that all the liquid in the tank can be fully mixed during the fermentation process, and the unique steam sealing system greatly reduces product contamination Possibility. 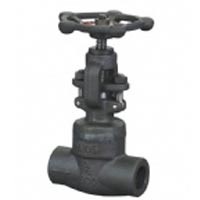 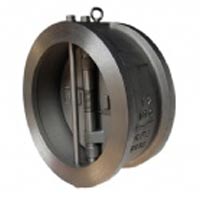 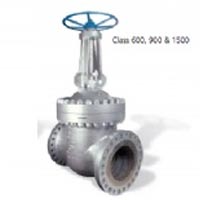 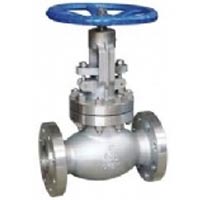 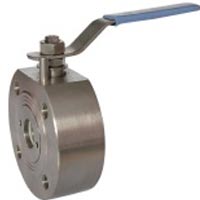 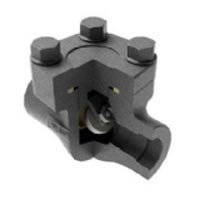